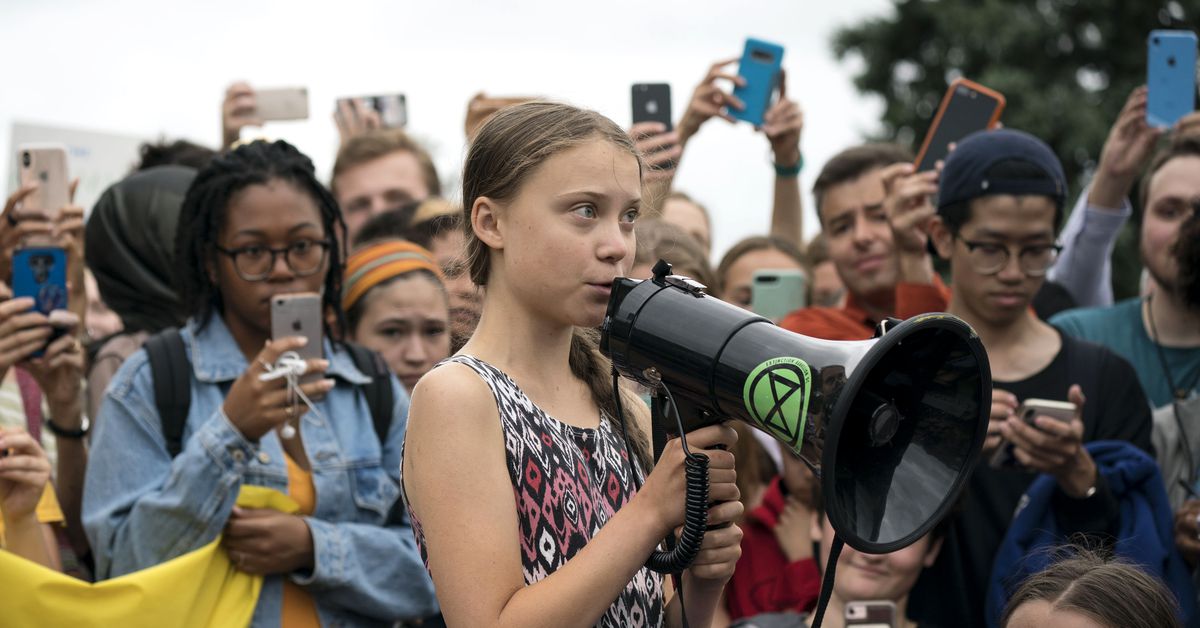 Meaning: the quality of being fair and impartial

Sentences:
Rather, we should be working towards the election of a national Government that cares about equity, and a fair go for all. The argument for coursework seems to be one from equity: that it is fairer to those who ‘aren't so good at exams’.

Meaning: give or grant someone (power, status, or recognition)

Sentences:
Yet the campaign by the IH to beautify the Irish home by emphasizing the domestic role of women was not met with universal accord by the female readers of the paper. The two men were in accord as to how the world ‘should’ work.

Meaning: an event causing great and usually sudden damage or suffering; a disaster

Sentences:
People with GAD tend to overestimate the likelihood of harm coming from a given situation and view minor or ambiguous events as catastrophes. Before this year of disasters even began, it was heralded by a natural catastrophe as sudden and violent as anything that followed.

Meaning: a river in South America, flowing over 6,683 km (4,150 miles) through Peru, Colombia, and Brazil into the Atlantic Ocean. It drains two fifths of the continent and in terms of water flow it is the largest river in the world.

Sentences:
Some radical historians, Bacher said, believed the tribe was descended from seafaring Scythian Amazons fleeing the encroachment of imperial Greece. He's a small man - four feet tall, I'd say - with an Amazon for a wife.

Meaning: the act or process of transforming to another form, state, or product

Sentences:
If your loft conversion is in a two-storey house, you will have to encase the existing stairs of the house to create a fire-protected means of escape. We discuss the role of caste in the process of conversion.

Meaning: (of a person) unrestrained in showing feelings, especially those of affection

Sentences:
Definiteness needs to be explicitly encoded by a demonstrative; the demonstrative, therefore, counts as an explicit grounding device. According to this theory, logically proper names are very like the demonstratives this and that; they are empty of descriptive content, and their meanings are the particulars they denote.

Meaning: having never been done or known before; novel

Sentences:
The mixed economy boomed, bringing unprecedented prosperity to the middle and working classes. Yet he is happy to admit that the man who inherited his job has guided the Giants to unprecedented levels of success.

Meaning: to indicate in wrongdoing, usually a crime

Sentences:
The dual nature of the Heart represents the meeting of the changeless and the changing, the inevitable and the contingent, the implicate and the manifest. This is an implicate of the inscripturation of revelation.

Synonyms:
incriminate, compromise, involve in, concern with, associate with,

Meaning: a meeting of high-level leaders

Sentences:
They attend European Council summits and can serve as behind-the-scenes consultants. The oldest phase of ice flow (Event I) is characterized by ice flowing from an ice dispersal centre situated over the higher terrain in north-central Wales and by ice thick enough to cover the mountain summits.

Meaning: originating in a certain area

Sentences:
Discrimination against indigenous pygmies and ethnic minorities is a problem. It uses mostly electric instruments, but draws heavily on indigenous styles and themes.

Meaning: intensify, increase, or further improve the quality, value, or extent of

Sentences:
You can make things even clearer by adding text and images as well, enhancing the learning experience. Improving democracy is about enhancing the opportunities for local communities to make their own decisions.

Sentences:
He is in Ireland until the end of August for his summer tour and we wish him well with that. He generally arrives in late August or early September and stays for about six weeks.

Meaning: familiar with or knowledgeable about something

Sentences:
Well-rounded students are conversant in many disciplines, she said. In return, the trio expected certificates issued by the Forest department that they were conversant with charming snakes.

Synonyms:
familiar with, acquainted with, au fait with, at home with, no stranger to,

Antonyms:
unfamiliar with, ignorant of,

The international protest will come ahead of the UN Climate Action Summit. This story is part of Covering Climate Now, a global collaboration of more than 250 news outlets to strengthen coverage of the climate story.

Young people from around the world are leading a massive coordinated strike from school on Friday, September 20, to protest government and business inaction on climate change. It is likely to be one of the largest environmental protests in history.
The Global Climate Strike comes just before countries will gather at the United Nations for the Climate Action Summit on September 23. It’s a meeting ahead of the UN General Assembly where countries are supposed to ramp up their ambitions to curb greenhouse gases under the 2015 Paris climate agreement.
“If you can’t be in the strike, then, of course, you don’t have to,” 16-year-old Swedish climate activist Greta Thunberg, the original school striker who began last year demanding more action from her government on climate change with weekly protests, told Teen Vogue. “But I think if there is one day you should join, this is the day.”
Thunberg has become an increasingly influential figurehead and voice for youth climate angst and activism. Since she no longer flies because of the aviation industry’s high carbon emissions, she was offered the opportunity to travel to the US on a zero-emissions sailboat. After arriving on August 28, she’s now in Washington, DC, speaking before Congress and meeting with US lawmakers and activists before heading to New York City for the strike and the summit.
It’s a big moment for Thunberg and the legions of youth and adult activists and leaders she’s inspired since she began skipping school on Fridays to protest outside the Swedish Parliament in August 2018. Thousands of young people in the movement, called Fridays for Future, now strike every Friday to demand more aggressive action from their governments and the international community. The last large-scale coordinated climate strike on May 24 drew participants from 130 countries.
The New York strike is expected to attract thousands of people, and parallel strikes in DC, Boston, Seattle, Minneapolis, Miami, Los Angeles, and Denver may, too. But this is truly a global strike and it will be the movement’s largest yet, with 2,500 events scheduled across 150 countries. (The Global Climate Strike website has a searchable map showing all the events.) Millions in all may participate.
Thunberg will be leading a demonstration at Foley Square starting at noon Friday in New York City, followed by a rally and march Battery Park. Public schools in New York City have even excused students to join the strike.

We applaud our students when they raise their voices in a safe and respectful manner on issues that matter to them. Young people around the world are joining the #ClimateStrike this week—showing that student action will lead us forward.— NYC Public Schools (@NYCSchools) September 12, 2019

And it’s not just young people joining in. In Sweden, a group of senior citizens called Gretas Gamilingar (Greta’s oldies) is participating. Indigenous activists, labor groups, faith leaders, humanitarian groups, and environmental organizations like Greenpeace and 350.org will be there, too. Outdoor equipment company Patagonia said it will close its stores on Friday in solidarity with the strike. So is snowboard brand Burton. More than 1,000 employees at Amazon have pledged to join the strike.
With the UN Summit on Monday, this strike is aimed at getting countries to commit to tougher climate targets and faster transitions to renewable energy. Under the Paris agreement, countries agreed to work toward limiting global warming this century to less than 2 degrees Celsius above pre-industrial levels, but they set their own targets. At the time, the targets were not in line with the goal, but the expectation was that countries would gradually ramp up their ambitions in curbing greenhouse gas emissions over time. The upcoming UN summit is where countries are expected to present their new, more aggressive targets.
“I look forward to welcoming young leaders like Greta Thunberg, and many others,” said UN Secretary General António Guterres in a press conference last month. “I am telling leaders, don’t come to the summit with beautiful speeches. Come with concrete plans, clear steps to enhance nationally determined contributions by 2020, and strategies for carbon neutrality by 2050.”
However, greenhouse gas emissions are rising around the world, and the largest historical emitter of carbon dioxide, the US, is trying to leave the Paris accord.
Young people are inheriting a world racing toward climate catastrophe. They aren’t happy about it.
One of the most powerful themes of the strike movement is that the youngest people have the largest stakes in a world reshaped by climate change. And they are justified in feeling aggrieved by the lackadaisical approach governments and institutions have taken to the problem.
Lately, more and more young activists have been radically reshaping the conversation around climate change.
In the US, youth campaigners at the Sunrise Movement have forced a national discussion about climate change and comprehensive frameworks to address it like the Green New Deal. Almost every leading Democratic contender for the White House has now issued their own plan to combat climate change.
Television networks including CNN and MSNBC have responded by devoting an unprecedented amount of airtime to discuss the policy implications of climate change with presidential contenders.
And in the courts, a major climate change lawsuit is underway with more than a dozen young plaintiffs who are suing the US government for profiting off of industries that emit greenhouse gases. In so doing, the government has deprived young people of their right to a safe climate. The suit, Juliana v. US, has already drawn the attention of the US Supreme Court. Thunberg is planning to join the Juliana plaintiffs and Democratic lawmakers for an address on the steps of the Supreme Court this week.
The school strikers and the Juliana plaintiffs have also reframed the discussion around climate change. It’s just as much an issue of justice as it is an issue of protecting the climate.
The people who contributed least to the problem stand to suffer the most, like people in small island countries with very low carbon emissions who are now threatened by sea level rise and extreme weather. And the worst consequences of unchecked warming will fall to future generations. Strikers are demanding that the policy response to climate change center on the issue of justice.
“We need to act right now to stop burning fossil fuels and ensure a rapid energy revolution with equity, reparations and climate justice at its heart,” according to the demands on the climate strike website.
The strikes, then, serve as a show of force from some of the people who have the most to lose from climate change. Whether countries will take that as motivation to do more to limit warming remains to be seen.